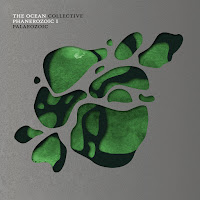 After a five year break, following the release of "Pelagial" and having changed their rhythm section with newcomers Paul Seidel (Drums) and Mattias Hagerstrand (Bass), the German collective strike back with a concept album exploring the Phanerozoic geological eon and more specifically its Paleozoic period (between 500 and 250 million years ago). Every song title references the periods in chronological order as they occurred within that framework. The first two tracks reference the Cambrian Era and stylistically are the Post/Prog hybrid that The Ocean have championed throughout their career. Piano samples are central to the melody, expanding into soft and harsh vocal lines as well as post soundscapes that establish the mood of the album. The next song "Ordovicium", which references the next era of the Palaeozoic period, has a more post-hardcore feeling compared with its predecessor, with lyrics mixing personal feelings with the geological occurrences within that era.  "Silurian" is a more prog oriented piece, with fusion elements mixed in for good measure. "Devonian", features guest vocals by Jonas Renkse (Katatonia), and Cello melodic lines prominently within a more doom-oriented and claustrophobic tune . The final duo of songs refer to the "Permian" era, with tunes reverberating the influence of Dillinger Escape Plan blended within a post soundscape.
As with all albums of the band, this is not a straightforward release but a thought experiment that needs to be listened to multiple times before accepting it as a masterpiece in its entirety.


Below you can watch the music video for "Cambrian II: Eternal Recurrence"

Posted by PhantomOfTheOpera at 12:04 No comments: