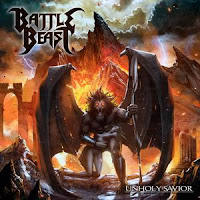 And now for something completely different! Do you like the voice of Doro? How about Lita Ford? What do you think of real metal bands fronted by women? Be warned that I am NOT  talking about a female fronted "symphonic metal" band, but about a METAL band with a female singer. If you are unsure check their video at the end of this post. I am waiting.

...Back? As I was saying these guys pack a punch and they are getting from strength to strength. They may not be really original, but they are playing superb 80s heavy metal with power ballads. swift pieces and a very melodic flair, encompassing you in their excellent music, making want to raise your fist and yell. And sometimes that's what you want out of your music. If you feel like it also check out 2013's "Battle Beast" album which also contains some killer tracks.

This is the official video for "Madness"

Posted by PhantomOfTheOpera at 18:10 No comments:

Riverside - Love, Fear and the Time Machine (Inside out) 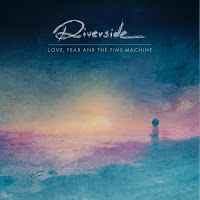 Another progressive rock offering in this list, this time from Riverside. Back in 2009, "Anno Domini High Definition" was a revelation for me, as at that time I was unaware of a Polish progressive scene or any polish bands beyond Behemoth and Vader. Nevertheless, I was immediately won by their unique approach to Progressive Metal music. Their next album, the 2013 "Shine of a New Generation of Slaves", was also good but something, to me at least, was missing. With their new album, Riverside are back in form, delivering one of the best performances in their career. If I had to describe them to someone new, I would say that they are a metalicized version of Porcupine Tree. But this makes them sound unoriginal. And they certainly aren't! They have a true progressive rock vibe that is reminiscent of the big bands of yesteryear and also a modern vibe that brings them up to date.

Check out below their lyric video taken from their excellent new record.

Posted by PhantomOfTheOpera at 17:54 No comments: 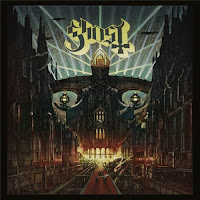 With Ghost becoming a worldwide success with their two previous records and achieving fame partly due to their music and partly due to their appearance and anonymity. the question was whether they would be able to follow it up with an equally strong record.

... and deliver they did! This album was a commercial and critical success, reaching number 8 on Billboard and at the same time, gathering Awards from multiple sources, including Album of the year by Loudwire and an Emmy nomination! And truly, the album is really good! The band evolves lyrically and musically, while maintaining the distinct sound that made them weirdly popular in their previous works. Ghost take progressive rock and 70s rock evolve that type of sound to a contemporary offering with Pop references in an occult package.

Below is the official video for the track nominated for a Grammy (although chances are you've already seen it!)

Posted by PhantomOfTheOpera at 17:38 No comments:

Spock's Beard - The Oblivion Particle (Inside Out) 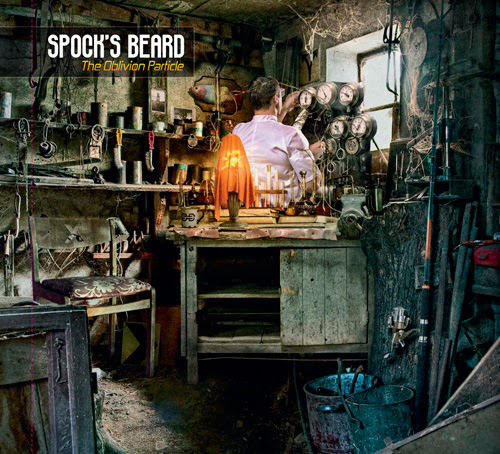 Spock's Beard have done it again! These guys have been part of the prog rock legacy for over 20 years. The departure of Neal Morse back in the day did leave the band in a state of turmoil. Furthermore Nick D' Virgillio's departure and success with Big Big Train led to even further questioning of the band's future. But Spock's Beard are here! "Brief Nocturnes.." two years ago, was an amazing gem of an album and the band will not leave it there! They continue to impress by releasing one of the best prog rock record of the year. This album has it all, from quiet introspective moments to all out prog excitation. It may not redefine the genre (not that it needs to), but it certainly establishes that post D'Virgillio Beard were not a one trick pony (or an one album band), but are able to continuously reinvent themselves and create new avenues to express their creativity.

Below a trippy lyric video for the awesome track "Minion"

Posted by PhantomOfTheOpera at 00:54 No comments: 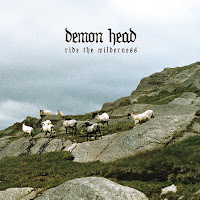 On number 20 of the Top Prog and Metal records for 2015, we have a debut! This is the first full length release of Demon Head!  Originally formed in 2012 in Copenhagen, it took them 3 years to release their debut - in the interim releasing two demos and a single - but boy was it worth it! This record is in the vein of 70's rock/doom as Graveyard, which also  happened to release an excellent new record this year, but in my opinion the new Demon Head is better!  These Danes are slower and heavier than Grave, while at the same time retaining a level of grooviness, not unlike Black Sabbath  The vocals have a certain "Dooresque" manliness with doom overtones, the guitars and keyboards evoke the best of 70s "Doomliness" and the production is as "dirty" as needed to make this sound authentic without compromising its quality. I cannot recommend these guys enough! It is definitely one of the best records of the year and I can't wait to hear what they have in store in the future.

Below is the official video for the main track

Posted by PhantomOfTheOpera at 18:56 No comments: 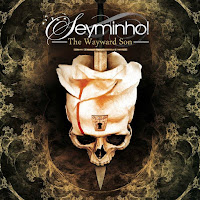 Welcome to the top 21 albums of 2015! We begin this list by a lesser-known name: Seyminhol. Seyminhol hail from France, and were founded back in 1992! They released their first albums, with a very different sound in the early 00s and soon after started evolving their sound to a more power/prog metal sound, at times reminiscent of 90's Fate's Warning but with an extra touch of theatrical extravaganza and a personal touch. Kevin Kazek (lead singer) has a very soft voice and is able to convey a multitude of emotions in the "Wayward Son", from the very strong introductory "The Spectre's Confidence" to the end of the record. If you want to hear a Power/Prog Record with some very solid performances from one of the underdogs of the European Scene, that contains theatrical elements, heavy riffing  and heartfelt melodies, then this record is for you! I have not checked all their back catalog yet, but this record, at least, makes me wonder why these guys never broke through as they sound at least as good -if not better from many of their contemporaries.

Below is a lyric video from the new album

Posted by PhantomOfTheOpera at 18:28 No comments:

In this blog we will try to present the top 21 albums of each year in metal, rock and prog music, going backwards from 2015 to the past.

This blog only reflects our personal opinions and which albums WE perceive as best for each year. It is not an objective list and should not be perceived as such. These lists will contain well known and less well known albums. Along with each album we will be doing a short review of the album as well as an introduction for the band if it's necessary, i.e. the band is not well known.
Enjoy the lists and remember to share this blog with others that might have a similar taste in music!

Posted by PhantomOfTheOpera at 21:15 No comments: