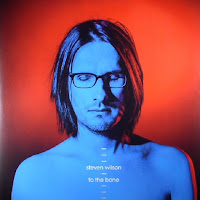 Like (almost) every year since the hiatus of Porcupine Tree, this year sees the release of the newest Steven Wilson album. But if someone comes expecting a hyper prog masterpiece along the lines of "The Raven that refused to sing ", he will be in for a surprise. In his newest album, Steven forgoes the prog elements of his recent personal albums and the Storm Corosion collaboration, and instead chooses to focus on the pop elements of his music, previously more prominent in his work with Blackfield. Gone are the intricate melodies and guitar solos, replaced by a more straightforward and "pop" sound. The album kicks off with the upbeat "To the bone" whose middle section is straight out of one of the last Porcupine Tree records. "Nowhere now" is a dreamy radio rock song, very close to a Blackfield composition. "Pariah" is the first song of the record where Ninet Tayeb's lyric lines are front  and centre and the whole ambient song is constructed around her lyrical performance. "The Same Asylum as Before" is more upbeat and belongs to the "Blackfield" type of songs that have been included in the record, albeit with a sharper edge on the guitars than "Nowhere now". "Refuge" was written on the wake of the large humanitarian refugee crisis and contemplates the existential crisis of being a refugee in a predominantly ambient track. "Permanating" is a very poppy and fresh song that tries to convey the essence of "Carpe Diem", with a quick pace and an extremely catchy chorus.  "Blank Tapes" is an acoustic interlude, paving the road for "People Eating Darkness", which adheres to the very easy-listen vibe of the record, while dealing with racism in every day life. "Song of I" features the lead vocals of Sophie Hunger and has a jazzy/prog/pop fusion feel.  "Detonation" is the most progressive rock song of the record and is closer to the recent personal records by Wilson. The album closes with "Song of Unborn", the third and final "Blackfield" song of the record which also features some amazing choral moments and come back to the "Carpe Diem" theme which seems to permeate at least part of the album. Overall, an excellent, if uneven, album which tries and at times succeeds to redefine the sound of Wilson while keeping as constants the brilliant songwriting and hones & thoughtful  lyrics that have been the backbone  of Wilson's career since moment one.

Posted by PhantomOfTheOpera at 21:01 No comments: